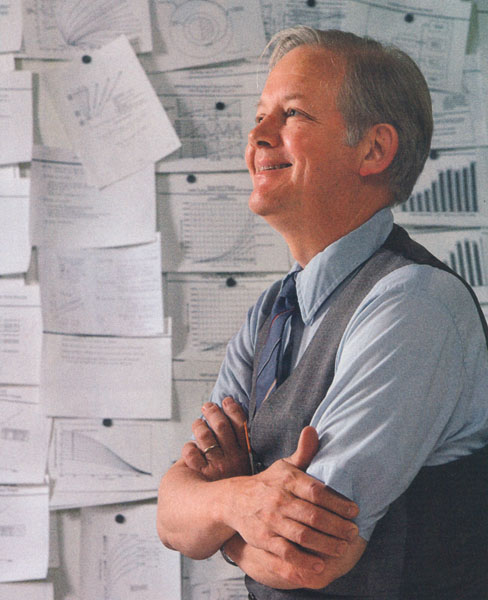 PURPOSE:
The Gordon Woodcock award recognizes the highest professional achievement of an individual in the field of space architecture.

HONORING:
This award is created in honor of Gordon Woodcock, the Boeing engineering manager who had a pioneering understanding of the value of architects in the aerospace enterprise and by his action played a key role in initiating and legitimizing the profession of Space Architecture.

2020 A. SCOTT HOWE
A. Scott Howe Receives First Gordon Woodcock Award for Professional Excellence in Space Architecture. Dr. Howe has been a space architect since 2007 and is also a licensed architect in the state of California. He works at Caltech, Jet Propulsion Laboratory, (JPL), Pasadena, California with responsibilities in systems engineering, mechanisms, mechanical design, deep space outpost design, robotic construction research, habitat design, and vehicle design.
He has earned a PhD in architecture from University of Michigan, and a second PhD in
Industrial and Manufacturing Systems Engineering from Hong Kong University. In addition, he also has two Masters degrees and a Bachelor of University studies.

• The Space Architecture Awards Committee selects a Woodcock Award Team (four minimum)
• From the candidate pool, the Woodcock Award Team selects four candidates for the biannual award
• The Award Team
o Requests portfolio, biographic and other information from each of the four candidates
o Solicits testimonials on each of the candidates
o Meets to discuss and vote on a winner
o Confirm the winner’s attendance at the award ceremony
• The chair of the Award Team coordinates the ceremony with AIAA Conference leaders

GORDON WOODCOCK BIOGRAPHY
Gordon R. Woodcock is a retired Boeing engineering manager, former President of the L5 Society, and former Chairman of the NSS Executive Committee. He has 59 years experience in aerospace engineering, and has published over 100 technical papers and articles including some co-authored with Dr. Wernher von Braun. He has worked for Boeing, NASA, Space America, and Gray Research consulting on flight simulation development, propulsion, and mission architecture. Woodcock’s publications include the books Space Stations & Platforms and Space Exploration: Mission Engineering and articles by Mr. Woodcock can be found in Resources of Near Earth Space and Solar Power Satellites, and New Destinies: The Paperback Magazine, Volume VII / Spring 1989, among others.

Woodcock has served on several NASA advisory and review committees throughout the latter decades of the 20th century.